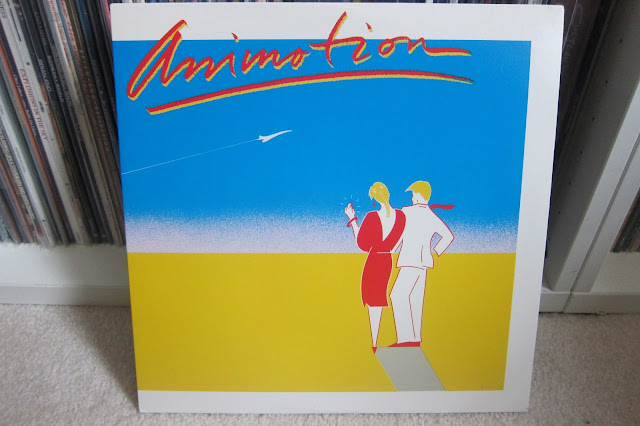 It’s hard to think of a band that's more '80s sounding than Animotion. From the clever word play of the band name to the cover art to the band member photographs on the back. So stylish. And happy. This is not a record that I’ve retained from my youth. I think I pulled it from the dollar bin a few years back.

The first track, Obsession, is probably their most well-known song—at least to me. Lots of synthesizer. Very dramatic. And amazingly stalkerish lyrics. It should make anyone's stalker play list, and it has:

And, in keeping with the 80s songwriting rulebook, the song breaks down into an aggressive guitar solo at the end. At some point, you have to shred.

Those of you who grew up or live anywhere near Toronto would recognize this song as the theme music for Fashion Television. Originally on City TV. It was actually a pretty cool show as topics ranged beyond fashion into design and architecture and in a pre-internet age, it was really one of the only opportunities to see/hear about design every week.

Here are the closing credits as an example (complete with video tape sound and distortion).
https://www.youtube.com/watch?v=qVwL1uqesZw

And some bonus nostalgia (mostly for my Canadian readers), a CityTV promo that includes Fashion Television, The New Music and…What Up Oprah?!
http://www.dailymotion.com/video/xtwz84
http://www.fashiontelevision.com

The second last track on the album sounds like the perfect 80s movie montage soundtrack. Whether it’s cramming for finals, building up a new wardrobe, new dance moves or building a homemade rocket launcher, you know that at the completion of this song, things are going to get real.
https://www.youtube.com/watch?v=_Q3-OZvZZWk

And you have an opportunity to live the 80s again or for the first time as they’re touring. Check out this lineup! Hair. Spray it if you got it. 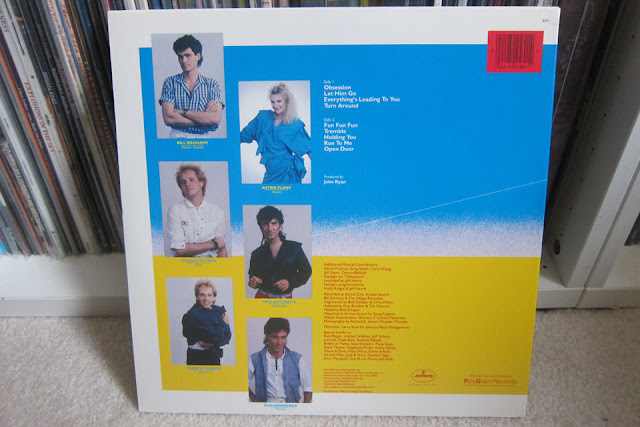 My Record Collection from A–Z Alt-J My record reviews aren’t off to the best start, as listening to these three Alt-J records leaves me a bit indifferent in a manner similar to Algiers. Maybe it’s the lead singer’s voice, described in a pitchfork review: “The biggest offense one could take is the way Joe Newman sings through his nose, like a mean-spirited hobbit mocking the singing voice of another hobbit.” Ouch. Maybe it’s the eclecticism of the songs or that music nerd aesthetic that seems to hang over the band. Sometimes all of the layers come together in a captivating way but a lot of the time I’m just wondering if they’re doing one of those “let’s explore a century of musical styles” project. And what is it about English rock bands and English folk music? Can’t say that the genre appeals to my ears and I have to endure it so often—Cream, Led Zeppelin—who hasn’t indulged? But they did win the Mercury Prize and were touted as the “next Radiohead”, so what do I know? Can’t imagine
Read more